Fremont is an upcoming city in Southern Alameda County with a population of 233,083. It has is now considered one of the best places to live in the Bay Area and also California. Living in Fremont offers residents an urban-suburban mix feel and most residents own their homes. In Fremont, there are a lot of restaurants, coffee shops, and parks. Many families and young professionals live in Fremont and residents tend to work at the Tesla HQ or in nearby tech companies. The public schools in Fremont are highly rated.

And, if you haven't already, be sure to register for a free account so that you can receive email alerts whenever new Fremont listings come on the market.

Fremont's Silicon Valley location is the ideal setting for your home or business. It is home to a broad variety of innovative firms including over 1,200 high tech, life science, and clean technology firms. We have a broad range of quality, affordable business locations; a superior workforce; and incentive programs to meet your needs. It is one of the most ethnically and culturally diverse cities in the Bay Area. Residents are attracted to Fremont for its nationally recognized high-ranking public schools, its numerous well-kept parks, and a variety of recreational amenities.

Fremont Central Park is a 450-acre (180 ha) park in the central area of Fremont, California on Paseo Padre Parkway at Stevenson Boulevard. It is easily accessible from I-880 and I-680. It began development in 1960 and contains Lake Elizabeth, a shallow 83-acre (34 ha) man-made lake surrounded by picnic areas, sports fields, and walking and biking paths. The lake was dedicated to Fremont's sister city, Elizabeth, South Australia in 1969. A nine-hole golf course and driving range are northeast of the park, while a skateboarding park and water slide swimming facility are southwest. A visitor center offers information on the several sites of Fremont and the East Bay. Visitors are able to rent out boats for hourly use at varying rates. The park offers one-person and two-person kayaks, paddle boats for up to four passengers, stand-up paddleboards, and sailboats. Park guests are also permitted to bring their private boats for use on the lake for a $7 launch fee.

Coyote Hills Regional Park is a regional park encompassing nearly 978 acres of land and administered by the East Bay Regional Park District. The park, which was dedicated to public use in 1967, is located in Fremont, California, USA, on the southeast shore of the San Francisco Bay. The Coyote Hills themselves are a small range of hills at the edge of the bay; though not reaching any great height, they afford tremendous views of the bay, three of the trans-bay bridges (Dumbarton Bridge, San Mateo Bridge, and the Bay Bridge), the cities of San Francisco and Oakland, the Peninsula Range of the Santa Cruz Mountains and Mount Tamalpais. There is a substantial network of hiking trails in the park, most of them also available to equestrians, and 3.5 miles (5.6 km) to cyclists. Most of the trails are wide fire roads that go around the hills and the marshes, and one fire road that runs north-south through the hills ridge. There are few narrow trails that are off-limits to bikers and equestrians. These trails connect to others in the east bay, and the San Francisco Bay Trail passes through the park. Cross country meets for local schools are held occasionally in the park. The waters to the south and west of the park form part of the San Francisco Bay National Wildlife Refuge and a great deal of wildlife can be seen from the park trails. 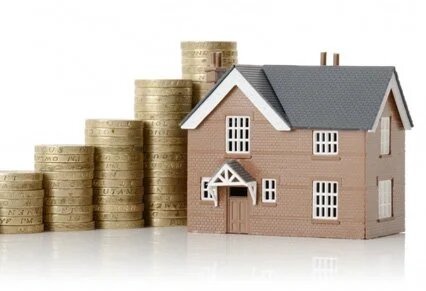 What's My Home Worth?

what can we help you with?

Contact Me
Questions? I'm Here to Help
Recently From Our Blog 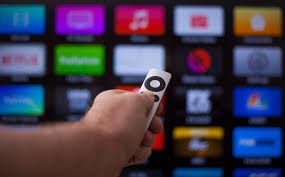 How to Replace Expensive Cable Bills With Low-Cost Streaming | tuscanaproperties.com